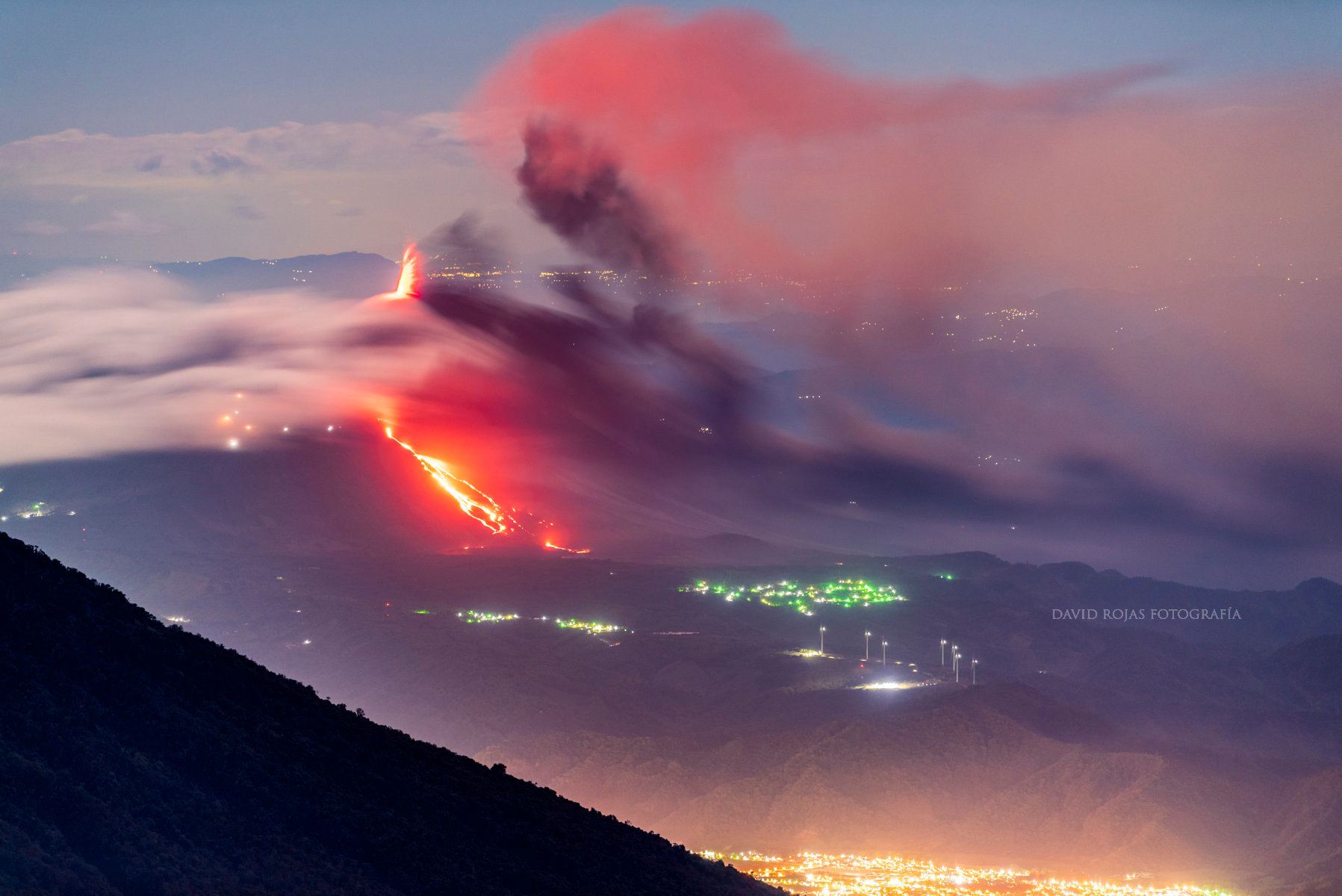 The situation at the Guatemalan volcano Pacaya continues to be tense: episodes of explosive eruptions occur, with volcanic ash rising to an altitude of 3000 m and being carried by the wind for about 20 km. Ash precipitation occurs in several localities. Incandescent tephra rises up to 225 m high. More worrisome is the lava flow traveling on the west side of the volcano. It originates from a fissure located relatively far down the outer flank of McKenney cone. The lava has already traveled a distance of 3000 m and destroyed some farm buildings. The lava front at the affected Campo Alegre farm stopped yesterday, but the front at La Breña reactivated. In fact, it is not excluded that the lava reaches the village of El Patrocinio, because the lava flow has been only about 300 m from the village.