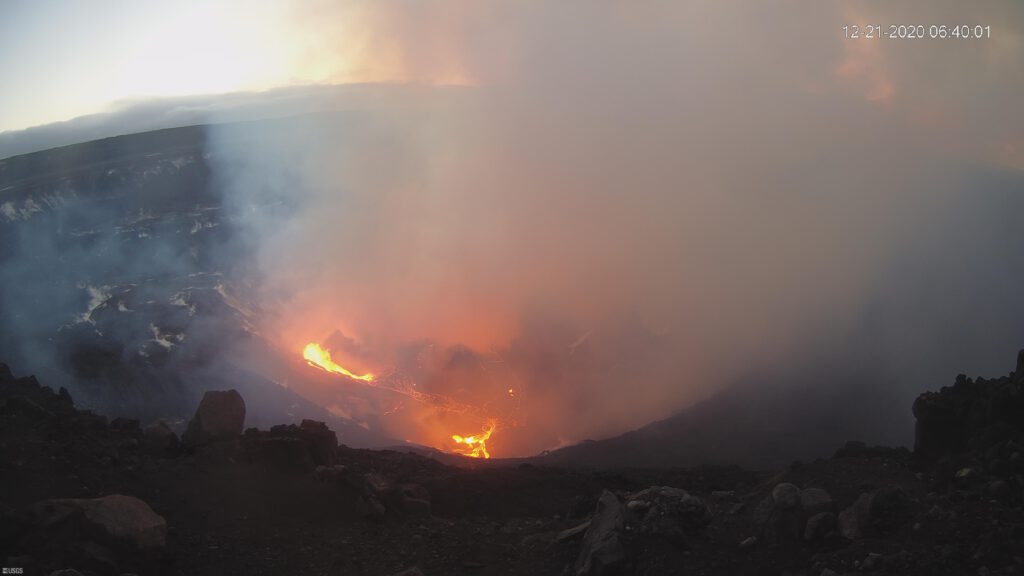 The eruption at Kilauea continues, but the rate of production has decreased. Lava still flows from the crack in the crater wall, feeding a growing lava lake. At the rim, the lava remains molten; at the center, it is cooling. Whether the lake can sustain itself in the long term depends on whether it manages to flood the vent. Then only comparatively little lava needs to flow in to keep the whole system going. Of course, there must also be circulation, and lava must be able to flow out again. In the past, lava flowed out of the caldera toward Puʻu ʻŌʻō.