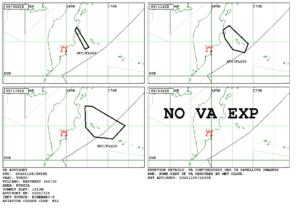 Since yesterday, the Karymsky erupts again ash clouds on Kamchatka (Russia). The VAAC issued 4 VONA warnings for air traffic. Volcanic ash was detected at 6000 m altitude. The ash drifted in northeast direction. Further eruptions of the remote volcano are expected.