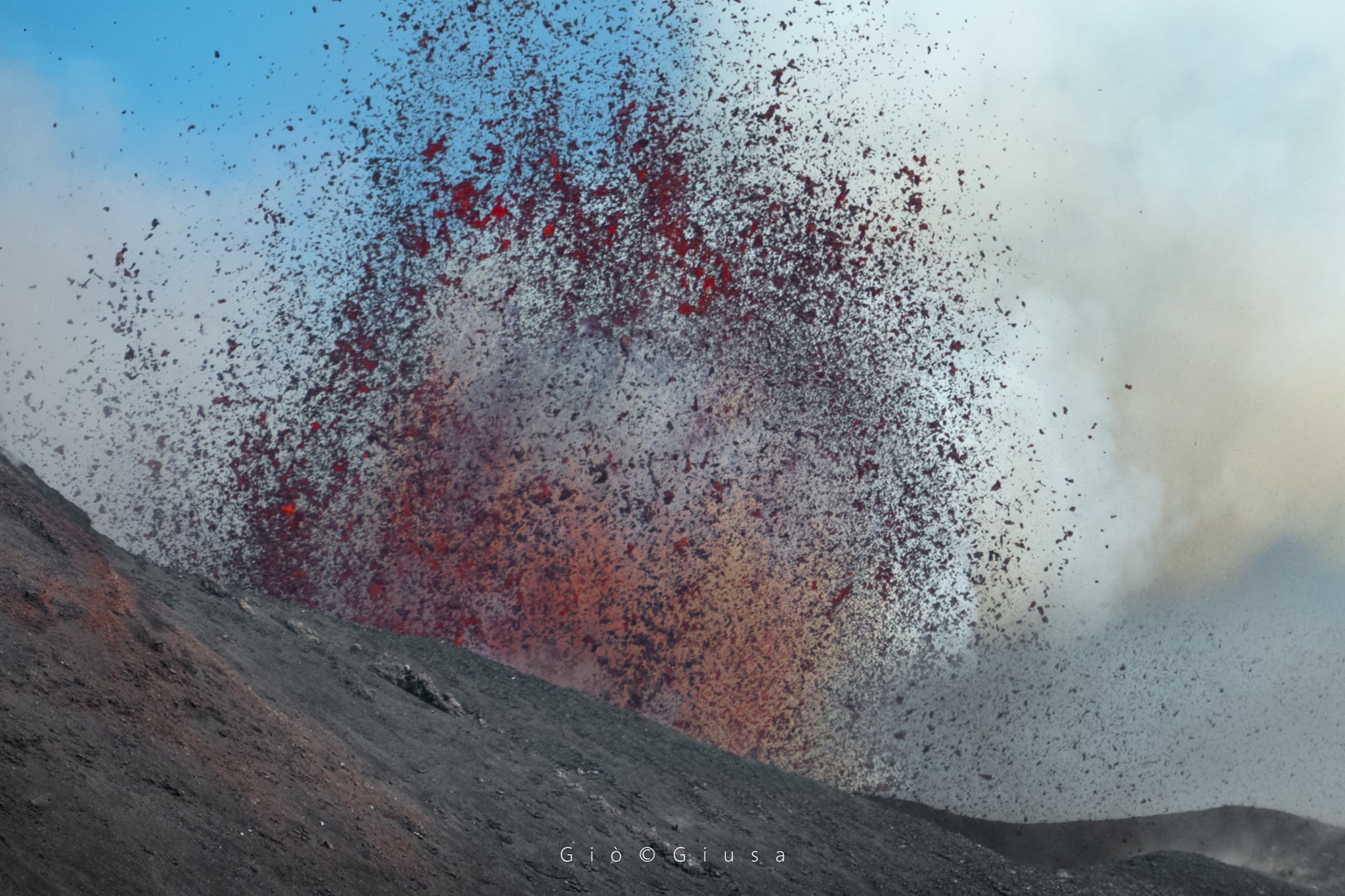 Yesterday Etna erupted strombolian and produced very aesthetic lava fountains. The ejection height of incandescent tephra was not very high, but a lot of incandescent material was erupted, so that the fountains were very voluminous. Some Etna photographers were in the summit area and documented the event in respectable photos.

In addition, a sentinel satellite photo shows a correspondingly strong thermal anomaly in the active saddle vent of the New South East Crater, which was the site of the eruptions. MIROVA recorded a high thermal radiation of 121 MW. A smaller hotspot is visible in the Northeast Crater. The tremor fluctuated at a high level. The day before, 14 weak tremors were recorded by the seismometers of the INGV. Many quakes were located near Refugio Citelli.

As always, it is difficult to make a forecast about the further behavior of the volcano. The data indicate that the current status has stabilized and we will continue to see mild summit activity. Furthermore, more magma seems to accumulate underground than is erupted.Etna continues to draw strength.