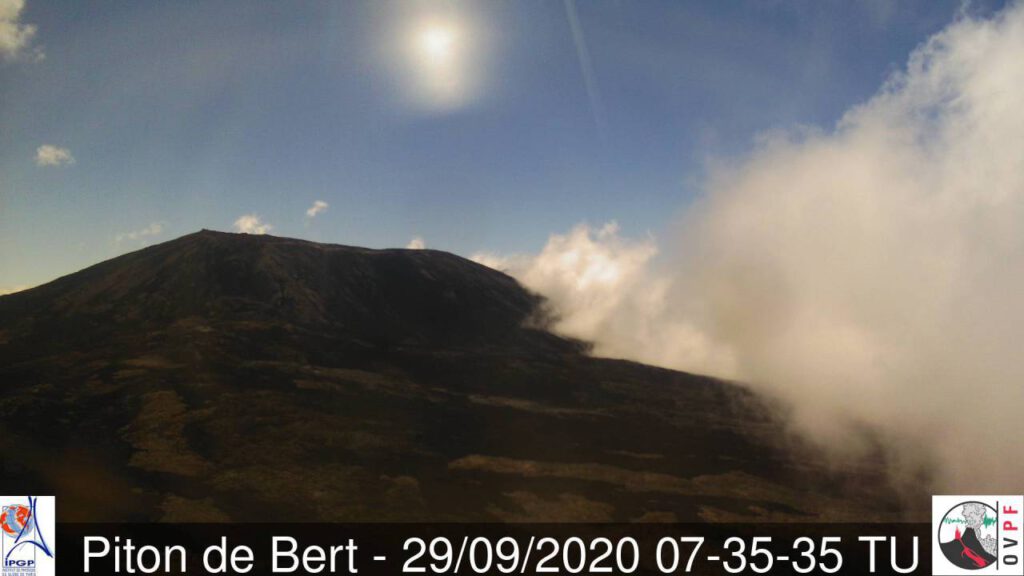 At the Piton de la Fournaise, there has not been a volcanic eruption so far, although the seismic crisis lasted for hours and may still continue. The last report of the volcanologists of the OVPF is from yesterday evening 21.30 local time. There it says that the seismic crisis continues. Since noon more than 2000 earth tremors have been registered. The inflation under the summit crater was 360 microrad and migrated eastwards. The director of the observatory, Aline Peltier, expressed her concern. Such long lasting seismic crises are unusual and she did not exclude that an eruption fissure could open relatively far down the eastern flank of the volcano. However, there is also the possibility that the magma might get stuck in the underground and not erupt at first. So it remains exciting at Piton de la Fournaise on La Réunion.