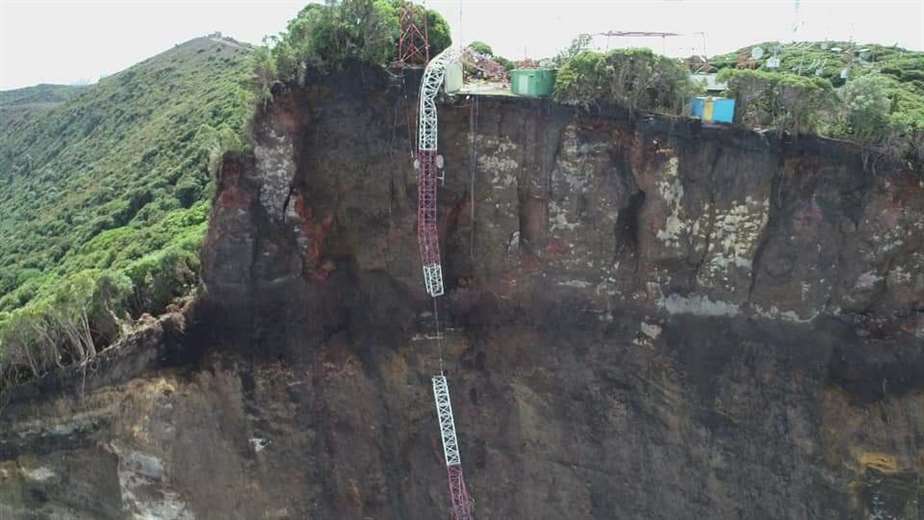 Yesterday at the Costa Rican volcano Irazu, 2 telecommunication antennas and a building collapsed and fell into the abyss near the crater. The abyss had been created by a colossal landslide in the summit area of the volcano in late August. Before that, crevasses had formed and there were hundreds of ground tremors.

The Volcanological and Seismological Observatory of Costa Rica (Ovsicori) reported that during an overflight it was discovered that the building and two antennas had collapsed towards the cliff. Whether there was another landslide is not clear from the report. But what you can see very nicely on the photos is the sheer size of the landslide in the volcano flank.