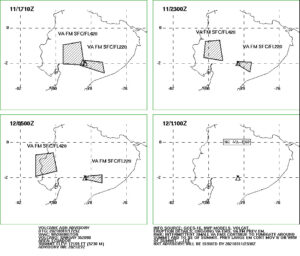 Let’s start not in alphabetical order, but with the apparently strongest eruption of the last 24 hours. This was delivered by the Ecuadorian volcano Sangay. According to VAAC, volcanic ash rose to an altitude of 12800 m and dispersed to the northwest. A smaller ash cloud rose to 6700 m and moved in the opposite direction to the southeast. Speculatively, the higher ash cloud was explosively produced and the smaller eruption cloud originated from a pyroclastic flow that descended on the southern flank of the volcano. Due to the permanent cloud cover, visual observations of the event are rare. What does exist, however, are reports that the sky darkened over the towns of Riobamba and Chambo. In addition, there were showers of ash. People showed concern. The volcanologists of IGEPN are also concerned: they fear that continued rains could trigger lahars.