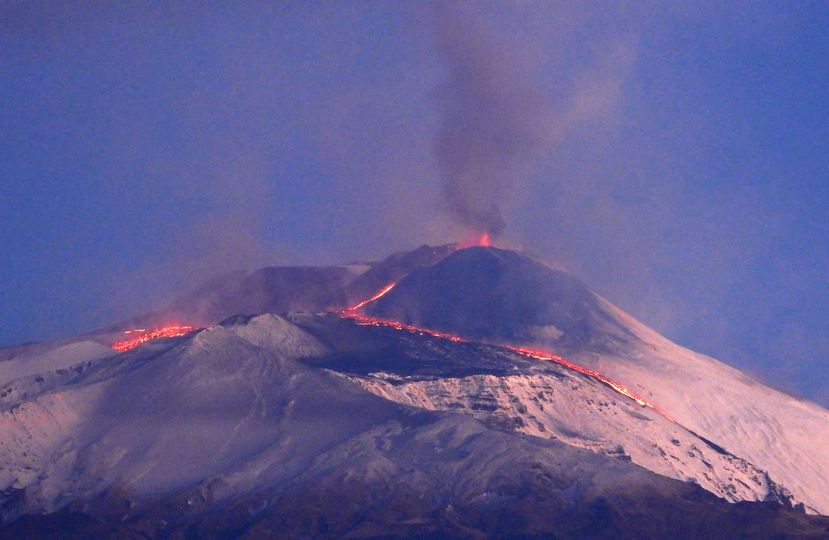 At Etna in Sicily, activity increased again at night. INGV reported an increase in strombolian activity. Around 02:50 (UCT), at least 2 vents of Southeast Crater were active. Then, at 03:15, lava began flowing again from the vent in the southwest flank of the crater. A little later, the inclinometers indicated ground deformation in the form of inflation. Tremor amplitude increased significantly and another paroxysm began. 2 lava fountains were generated. Lava flows headed south and east, into the Valle del Bove. There, a phreatic explosion occurred when the lava encountered a large amount of meltwater originating from the snow on the flank. In the morning hours, the activity subsided. Currently, the lava flow in the south is still somewhat active.